Raising and Re-raising an Expensive Deal or a Profitable One?

Like any casino game, whether it's poker, roulette, blackjack or online video poker sometimes you need to increase the size of the bet to stay in the game. The other players who want to stay in game required to call equal to the raise. If you raise certain amount in one round then incase of re-raising you need to raise equal or bigger amount than the previous one.

Raising and re-raising is pretty enjoyable sometimes. But you need to take your decision wisely so that you can make profit from there.  If you know the right time for re-raising then you can make a lot of profit from there for sure. But if you have no idea about the situation then it may cost you huge. Now we will talk about raising and re-raising little bit. There are plenty of raising strategies one can find. Now we are going to discuss about that. 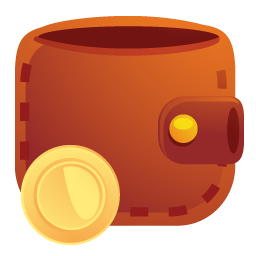 How to use re-raising perfectly in poker:-

1. Many people do not understand re-raising properly and get confused. There are very few people who can raise and re-raise perfectly. Even the professional players think twice before raising or re-raising. The average players often re-raise at the wrong time and end up losing a lot.

There was a poker proverb that if you want to raise or re-raise then you your hand needs to be favorable than your opponents is a must. But this logic has many errors in it and if your opponent has a better hand he might nor raise or re-raise. You must wait until you get a real good hand before raising or re-raising. You also need to understand whether your opponent really thinks he is going to lose or he is just bluffing.

Try to have a 3-2 edge because it is a real advantage to raise or re-raise in poker. Sometimes you will earn greater and sometimes lesser. But raising or re-raising is complicated so do not do that in a whim. Now we will try to make it look simpler for you.

2. Even if you are not in an advantage you can still raise or re-raise in poker. But if you want to earn more money then you can simply call and take little risk. Do not let your opponents fold.

3. If you are behind and got a good hand then do not chase the other players by re-raising. There are no advantages you can get from here. But if in case the opponents are really tight and you got a good hand then you must re-raise. You will be able to make a lot of money and also will understand the trick even better. Before raising or re-raising it is important to understand the opponent and their nature.

4. Many people fail in re-raising because of choosing the wrong position. You must think carefully so that you can get a better position in the future bets. Always take a position where you re-raising will from a late preferably the last position. Before the final round even if your hands are not that good you must cap your betting in the late or last position.

5. You need to be careful while playing against bluffers. Positional advantage is very important and plays a crucial role in re-raising. Never re-raise against loose players for your own benefit.

6. When you are trying to establish your image then always try to maximize your advantages.  Always choose the last position or last position. If in case the tight players are there and you have a good hand always re-raise.

7. If you are a good player then you need not re-raise that much. Poker can be won without re-raising before the final round. But too much re-raising can make you lose the game sometimes.