At the mobile casino, enjoy yourself with mobile slots, blackjack and poker of course when you play. You'll love the ease of use because you can play anytime that you have your mobile device by your side!

Here we offer you to study the official poker rules of classic poker game variations. 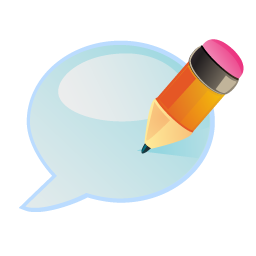 Holdem poker which you can play in all poker rooms over the world is played with the traditional 52 cards deck with up to ten players. This variation uses the standard hand rankings. Prior all poker players get cards two of them make the compulsory blinds. Then every poker player is given two hole cards. The betting round proceeds. The players are able to raise, bet, check, call and fold depending on the actions of the previous players. Betting round is considered to be over as soon as all the players post equal amounts to the pot. Then dealer puts three community cards also called the flop. The next round of betting proceeds after which one more community card (known as the turn) is placed on the table. The gamblers make bets and the last exposed card (or the river) is shown. The last betting round ends by the showdown when all players that are still in the hand reveal the cards and the winner is determined according to the highest five cards hand. According to the official poker rules each gambler can use any of his or her hole cards and any of five community cards on the poker table to create the hand. In case the hands tie the pot is split. In case all five community cards create the strongest hand in this game the pot is divided between all the poker players.

Seven Card Stud is one more widespread poker variation. The official poker rules of the game are not very hard and the basic thing you must remember is that you are dealt seven cards, some of them face down and some exposed, and are to create the possible strong poker hand out of these seven cards.

All the gamblers at the poker table post the ante. Then every gambler is dealt two hidden and one face up cards. The player which gets the weakest face up card posts the small bring-in. The betting round then follows. One exposed card knows as the turn or fourth street is dealt to every player. The gamblers make bets starting with that gambler who has best exposed cards and one more exposed card (the fifth street) is dealt. Once more the round of betting follows. The sixth card known as the sixth street appears followed by round of betting. When the last seventh (or the seventh street) card is given face down the poker players bet once again. In the showdown the gamblers turn over their cards and the winner gets the pot.

There exist two basic Omaha poker forms, Omaha Hi and Omaha Hi-Lo, but the first Omaha variation is the most popular. The Hi Lo form is gaining the popularity mostly in the American card rooms. The official poker rules of Omaha are similar to the rules of Hold’em with some differences. The first difference is that the players receive four face down cards each and must use two of them and only three of five community cards to make their poker hands. All the rounds of betting are the same as in Texas Hold’em. The gambler with the best five card poker hand gets the pot. One more feature of Omaha is that the players are not permitted to play the board.

After this poker variant was tried like the experimental card game it turned out to be so popular that most card rooms started to feature it. According to the rules the gamblers first make the ante and are given five cards each from the traditional deck. The dealer also receives five cards one of which is face up. Then the players decide whether to fold or stay in the game. In case you choose to proceed you are to match the bet by placing the amount equal to the ante bet. The dealer shows his/her hand. If he or she qualifies (has King and Ace or better) the hands are checked for the win. In another case the gamblers are paid. So, if you hold stronger hand than the dealer has you win both the ante bet and call bet. There is the special bonus payoff table what makes game more interesting. Before you start playing study the official poker rules and payout tables to understand your winning odds.

In case you play poker at the Nevada casino or local pub you can in most cases gamble at video poker machines.